Opioid Addiction from the Words of a Patient 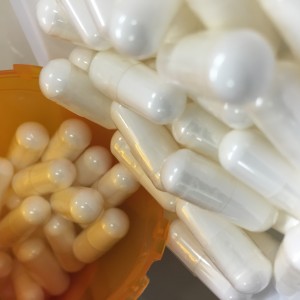 Opioid addiction and misuse has been around since the earliest civilizations. Certainly when I graduated from Dalhousie College of Pharmacy 24 years ago and started working as a Pharmacist in Baddeck, we were all aware of such addiction. Based on what we were taught at the time, anyone who took an opioid dose of only the required amount for their pain and no more, would almost certainly avoid opioid misuse. This theory, largely fed to the medical community by the industry making these medications, has now proven to be untrue. The corporate deception has gone as far as to be prosecuted at a criminal level. Based on our centuries of using this class of medication it’s really a wonder it took us this long to figure out the truth.   Although the story behind that deception is too long to go into here, one thing is for sure, the opioid epidemic which has been gradually marching entirely across this continent eastward has become one of the most urgent medical crises of our time.

A few years ago I became involved with a group of medical professionals concerned with this topic called the Atlantic Mentorship Network, which has a focus on pain and addiction. It has turned out to be the best alignment in my career. Headed by Dr.’s Peter MacDougall and John Fraser, it is undeniably the best resource for anyone in working with pain or addiction treatment. They recently held a one day conference in September in Inverness that focused on the Challenges and Opportunities in the Delivery of Pain & Addiction Care in Rural Communities. Held this year at the beautiful Inverness County Centre for the Arts, it was a great collection of a dozen speakers that really educated and inspired those in attendance to take back to work helping those with pain and addiction and preventing addiction. All did an amazing job at educating from their own standpoint of doctor, pharmacist, counselor or Nurse.

Without a doubt, the absolute highlight of the day for me came not from any healthcare professional, but from a guest invited to speak on the topic of addiction by the name of John MacDonald. Accompanied by Laura Chapman MPH and Chera Clements RN, John quietly and modestly approached the podium as undoubtedly the bravest person in the room. Not used to speaking in front of the 60 plus people that were in attendance, he stated his name and openly announced himself as a recovering drug addict. John spoke for about 10 minutes, which probably seemed like an eternity for him. Little did he know the grasp he had on this group. In a day filled with Powerpoint presentations and laser pointers, he quietly stood in front of a group of strangers holding a hand written note in a simple scribbler and delivered an address that I don’t think I’ll ever forget. It took an experience like this to reinforce to me that the few brief interactions with patients I see every day at my work who have addiction issues did not choose to become that way. I later asked Laura for a transcript of his presentation so I could include it in the words he wrote with his permission, which he was happy to supply
. Without this, most of his effect would have been lost here. In listening and watching him that day, I was reminded of my own healthy children and how easily it is to have your life nearly destroyed by opioids. Remember that rescue Naloxone kits are provided free from pharmacies in Nova Scotia. If you are misusing opioids or are in regular contact with someone that is, you owe it to yourself to have a kit and learn how to use it. It may almost certainly help save a life.

Here is a transcript of John’s presentation:

Hello Everyone. My name is John MacDonald. I’ve been asked to speak to you today about substance abuse and addiction.

I’ve been using drugs since I was 13 years old. And in that 17 year period, myself, as well as our communities, went through different drug fads. First – it was cannabis, LSD, mushrooms, ecstasy and amphetamines and any other upper available. Then when I was 14, I started using oxys, cocaine, and crystal meth when available. Not all that long after, I found myself physically dependent on oxycontin and at that point, I had no idea what I was going through. I was never told before you could get sick without it. After a few days of waking up sick but getting better after I used, I googled side effects of oxys and that’s how I learned I was physically dependent. When I was a teen, we never learned about this kind of staff and never had programs at school geared toward drug prevention.

I started injecting drugs around the age of 15 and pretty soon, my addiction became even more out of control. I found myself becoming someone I couldn’t recognize. You see I didn’t set out wanting to become addicted to drugs or to be a junkie. No one does. It happens slowly over time. I experienced a lot of trauma in my early life and because it offered an escape from the horror of my home and public life while I was high nothing or no one could hurt me. However, after a while, it did more harm than good. Even today, I’m trying to reverse the damage drug addiction and substance abuse caused as I’m sure I will always have to do the rest of my life.

I spent years in and out of Detox but because I was there so often, when I would go, they would fast track me and turn a short time even shorter. I’d be discharged in the first week often leaving in withdrawal, which in turn would make my decision to use easy. The times I managed to stay off drugs for a few days after getting out, I would have everyone I used with constantly offering me free drugs and dealers calling trying to get me to use free stuff. They did it because they couldn’t clean up so they didn’t want me to but, whatever the reason, I always ended up giving in.

Drugs took everything from me, my dignity, health, family and friends. It made me homeless, sleeping under stairs, in ditch coverts, on benches. I even slept under the band shell in New Waterford one winter but more importantly, it made me lose myself and my love for myself and my happiness as it does and will continue to do to anyone that comes in contact with these substances.

Over the past 17 years, I have overdosed more than 20 times. I’ve witnessed more than anyone would be able to comprehend and I just lost my 28th friend from an overdose.

The Naloxone training program, I feel, is a god send because there are people alive today that probably wouldn’t be if Naloxone wasn’t readily available. I, myself, administered Naloxone on two separate occasions. The friends of those individuals were too scared to call 911 because they thought they would get arrested or in trouble with the police in other ways, so a person there knew I had a kit so he called me. I feel everyone who uses opiates should carry one and if someone you live with or a loved one uses them, you should also have one at hand in case they are using alone and overdose then you would be trained to administer the life-saving injection.

Anyway, thank you for listening and I hope you all have a great day.

This was followed by the largest round of applause we had heard all day, not to mention some encouraging support during his talk from those in attendance. Thanks again John for your insightful words and the best of luck with your future, which I am thinking might result in more than a few saved lives if he continues appearances such as this one.