Thank you Marijuana for taking the bad press off of bioidentical hormone therapy. 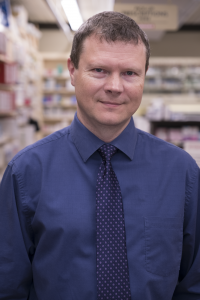 June 17, 2017 : looking back hardly a day or two goes by since this year began when a question about medical marijuana or as we call it out here “marijuana” and what is going to happen next July when it becomes real is asked. Last month I was asked by a group of Nurse Practitioners to present on a topic I rarely speak about but fill prescriptions for often – BioIdentical Hormone Replacement Therapy. I like to use the term supplement instead of replacement but it really made me think about the tough upward climb this category has had and continues to have based on a few position statements from such groups as SOGC and NAMS.

Looking at the marijuana issue, never before have we seen a couple of ingredients leap onto the potential healthcare market with the claim to relieve or cure so many, many health issues. Never before have so many N of 1, anecdotal reports driven an entire category of mostly unproven therapies. Granted there are some valuable uses of the drug that have been used for years but many have been very overblown with the main selling point of “no one has died”.

Turning to my upcoming presentation, I started mulling over the studies that have shown for years the benefits and limitations of all types of hormone therapy that I have collected and still continue to collect on the topic. Speaking to the public on a subject is different than talking to medical professionals. I speak to both groups all the time on all topics. To narrow down an hour worth of meaningful, compelling, convincing data that flows easily on a medical treatment that is foreign to a professional group so that you don’t lose them is daunting.

If I present on a topic I have a clear conflict of interest with such as this, I always open with that and some literature from the other side of the argument. There is no problem here with BHRT as lots of naysayers exist. In truth, I have found there are as many cases of overblown promises with BHRT and there are complete opposite downplay of any proven benefits and exaggeration of adverse effects.   A segment from Climacteric from just this year was the best I could find that slammed this type of therapy over a dozen sentences. We now see less of an issue with the term BioIdentical, since estrogen and progesterone are both found in the commercial prescription drug industry in Canada more and more in a bioidentical form, especially since the Women’s Health Initiative Study over a decade ago that effectively stopped conjugated equine estrogen and medroxyprogesterone acetate from being dispensed overnight. So at least Big Pharma has caught up with compounding in some ways.

I continue in my talk to disprove the issues just laid out from the climacteric slide: that hormones do pass predictably through human skin and give resultant increases in the body (given the correct fluid is tested), that the stability of the hormone in the right base is predictable, that saliva testing is legitimate and useful in showing levels of active hormones (especially for topically applied hormones), and that all hormone therapies have benefits and risks associated with them, regardless of what hormone therapy that entails.

Given the criticisms the WHI received, one thing we did find from the CEE/MPA regimen was the decrease in fracture risk. With the older average age of the subjects in that study and the lack of topical hormone or actual BHRT used, there is very little to pull from that study for this talk. There are however many studies that can and do show the benefit of BHRT. Most of these are smaller studies than we are used to in the prescription world. One point to take away though is we have seen a top seller in our prescription market fall away to nothing and the public is looking at us and asking how could we be so wrong all these years about something that was so blatantly clear in a study that it cut the study short? Evidence slowly grows on bioidentical hormones but is showing even to our commercial drug industry that it is a safe benefit.

The International Journal of Pharmaceutical Compounding published a three part study on the topic of BHRT. In this small study, surveys were given to women on HRT.   The response rate was 70 on BHRT and 53 on synthetic hormone therapy. Each survey consisted of 15 questions that probed such topics as symptom relief, reasons for starting hormone therapy, side effects, age of starting therapy and type of therapy. In the areas of hot flashes, night sweats, sleep quality, dry skin/hair, vaginal dryness, foggy thinking, mood swings and decreased libido, bioidentical therapy outperformed synthetic therapy in all counts. In side effects from therapy, bioidentical was preferred over synthetic for side effects like difficulty sleeping, weight gain, breast tenderness, bloating, upset stomach, breakthrough bleeding, foggy thinking, mood swings and leg pain. Drowsiness occurred more frequently with bioidentical than with synthetic.

A huge concern with bioidentical and compounded hormones is the threat of cancer in hormone therapy. In 2008 a study that looked at over 80,377 post menopausal women, 2354 of them developed invasive breast cancer. Compared to the women that never used HRT, estrogen alone therapy was associated with a 1.29 fold relative risk, 1.69 with estrogen/progestagen and a relative risk of 1 with the estrogen/progesterone women.

In other studies we have seen the benefits from BHRT in areas of insulin resistance, blood pressure, lipids, endothelial function, arteriosclerosis, thrombotic risk, and neuroprotection.   More and more we are seeing studies unfolding showing not only is BHRT a healthy and safe option for women of all ages but is also brings quality of life to these patients that they have lost since the Women’s Health Initiative Study came out. Saliva testing for topicals is also shown to be useful as topically applied hormones aren’t reflected in blood draws like oral is. Oral hormone therapy has shown itself to be an unhealthy route for women and topical application has proven itself to be the preferred choice longterm.

So yes, thank you Marijuana, or more correctly CBD:THC. Your very sudden rush to the market has been touted for virtually every medical issue going right now.   There are definite benefits in areas such as pain, perhaps PTSD (and a few others) but completely untested and unproven “benefits” in so many other areas. It has shown us that there are areas like BHRT that we’ve been told we had zero proof for but really do have volumes of proof when we compare it to the complete lack of proof in marijuana for many of the areas it is being used for.