Does Barbequing Really Cause Cancer or Just a Perforated Bowel?

Posted on September 6, 2016 by Graham MacKenzie 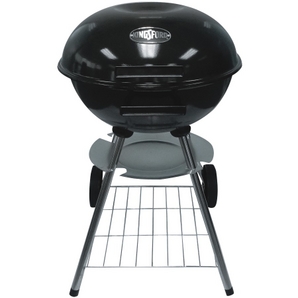 The world has a tremendous love of grilling. Most would think of it as a North American tradition, but in reality, there are many countries around the world that commonly utilize this unique form of food preparation. Australia, Argentina, Brazil, Japan, India, Jamaica and Vietnam all show a strong affinity for grilling. It would not be uncommon for many of us to recall growing up eating food prepared this way on occasion. We never gave it a second thought. Nothing could be more natural in food preparation: outside, over the open heat, with constant attention to detail, easy on the environment, and simple. It is almost caveman like.

But wait. Cavemen lived to an old age of 20 or 30 years of age if they were lucky. I suppose there are many reasons we could discuss for this change in life expectancy, the least of which is food preparation methods. However it is hard to navigate through a Summer season without coming across a news story on the harmful, cancer causing effects of grilling. Well laid out logical explanations of carcinogens created in the high heat process of cooking this way attempt to lead the public into a conclusion that each barbequed meal will bring you one day closer to cancer.

What evidence base is available to us to A) Show that these products are indeed created with grilling, B) That these products are carcinogens and C) That grilling does indeed result in increased cancer rates. In truth, the creation of heterocyclic amines (HCA’s) and polyaromatic hydrocarbons (PAH’s) not only occurs by the barbequing process, but we also know that these products are clear carcinogens. These two are now established fact. However the “evidence based” answer we are looking for is “does the consumption of meat that is barbequed lead to a higher incidence of cancer?” Answering this avoids jumping to conclusions when you have data that appears to lead to a conclusion without evidence to back it up.

Another fair question is if there is an increased incidence of cancer in a population that consumes more of this type of food, is it because of the HCA’s and PAH’s from the food or is it simply because of the increase in meat consumption – something that has shown to increase cancer rates. Red meat on its own may contribute to increased cancer rates by contributing to N nitroso compound (NOC) exposure, and this is dose dependently associated with the amount of red meat in the diet .  There are also other proposed causes of cancer from red meat such as heme iron and nitrate/nitrite levels We have seen some studies that appear to show an increase in cancer rates when rats are given a diet that has HCA’s and PAH’s but as is often done with thee studies, the levels of ingestion were much higher than you would experience in a normal diet. Extrapolating this to humans isn’t simple. This is yet another pitfall in evidence based medicine: animals vs human exposure.

Having said this, there are some studies that show a correlation specifically with high heat cooking and certain types of cancer. For example we have seen prostate cancer not correlate with total meat but very well done meat shows an increase in this cancer as opposed to no meat intake . Pancreatic cancer is associated with increased overall meat intake as well as red only and high temperature meat cooking .   One huge drawback of these longer term studies include the concept of self-reported dietary diaries, which can be inaccurate.

So, where does this leave us? The next time you hear a story on the news or read an article on the dangers of barbequing and cancer, how should you respond? I throw this food item in the same bin as nonorganic and GMO, there are small pockets of evidence that say MAYBE there MIGHT be SOME benefit in your body but if you are looking for definitive answers like the ones we give when we say “don’t drink turpentine”, we just aren’t there yet.  You probably are more likely to be harmed from undercooking the meat, getting a parasitic infection , consuming preserved meats or getting a metallic bristle ingested.   There has been a suggestion that you should eat twice as much vegetables as grilled meat, but that should probably go for any meal. It is hard to argue against a more veggies less meat diet in overall health. Also frequently turning the meat on the grill will help reduce the amount of HCA’s produced. If you have a choice and are looking to reduce exposure as much as possible, steering away from charcoal and towards gas grilling may be preferred. In fact, there is some evidence that the particulate matter in the indoor air of barbeque restaurants or if you are a neighbor of such a restaurant might be just as bad to your health based on measured air-born levels of hazardous agents (but again, no longterm proven effects). As an aside, if you do choose to grill, you may want to take our lead this week when the Home Hardware in Baddeck which the Drug Store owns, pulled all Metallic Bristle Grill Brushes off the shelves and stopped selling them for good. We suggest you do also for your good health.   There is however no harm or shame in choosing to eat a certain way or avoid a certain food on the basis that it might have the potential to harm you, as long as you are eating a balanced diet.

One Response to Does Barbequing Really Cause Cancer or Just a Perforated Bowel?