Posted on September 11, 2014 by Graham MacKenzie 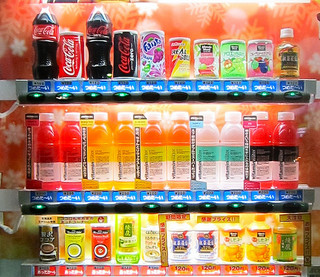 Pharmacist Graham MacKenzie says this is part of an overall move to sell healthier foods.

As health professionals around the world become increasingly concerned about the amount of sugar in the food we eat, one pharmacist in Baddeck, Nova Scotia has decided to stop selling beverages that are high in sugar, including soft drinks, fruit juices and vitamin-fortified water.

It is well known that there is a link between a diet that is high in sugar and the development of diabetes.  What is less well known is that a high sugar diet can also lead to a “fatty liver”.  A fatty liver increases the risk of atherosclerosis, the hardening and narrowing of the arteries.

Being overweight is linked to numerous health risks, such as high blood pressure, high cholesterol and other cardio-vascular diseases. 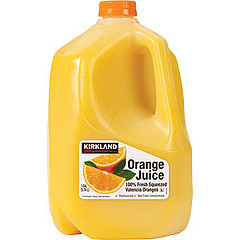 “It is no secret that soft drinks are high in sugar but many people may not realize that many juices are also high in sugar.  Juice can be an important part of a healthy diet but the naturally occurring sugars in fruit become concentrated when squeezed into juice form, thus resulting in high sugar levels,” said MacKenzie. “I have conducted body composition analyses on seemingly thin, healthy people and have found unhealthy levels of body fat.”

Sugary drinks will no longer be available at MacKenzie’s pharmacy as of today.  In addition to this change, over the next few months, MacKenzie will be reviewing the sales of other food products at his pharmacy to determine if he will continue to sell them.

In a related move, MacKenzie began selling organic foods earlier this year and has had to create more shelf space to accommodate the growing demand.

“It is very encouraging to see that many people are recognizing the importance of eating healthier food”, said MacKenzie. “Step by step, we hope to provide our customers with healthy choices.”

Stone’s Drug Store has been serving the community of Baddeck, Nova Scotia for over 60 years. In 2001, it was purchased by Graham MacKenzie, who renovated the pharmacy both inside and out. Today, Stone’s Pharmasave includes Cape Breton’s only compounding lab, a private counseling room and nursing home dispensing facilities. Its team of four pharmacists, four pharmacy technicians and 15 store employees also provide specialty services, including hormone replacement therapy and individualized pain management therapy. More information about Stone’s Pharmasave, including health news updates and Graham’s blog, can be found at stonespharmasave.com.

This entry was posted in Uncategorized and tagged health, juice, pop, soda, sugar. Bookmark the permalink.

One Response to Press Release: Soft Drinks and Sugary Beverages