In Case You’ve Just Thrown Out All Of Your Supplements.

Just in case you are being drawn in by the overwhelming attempt to draw you away from anything that is labeled as a supplement, be weary of one red flag: a claim that “there are no studies showing any effectiveness”. No studies. Not even one. Not a single, solitary inkling of any positive outcome in any way, from any dose or for any medical benefit whatsoever. And this is for a multitude of molecules and a whole list of medical conditions. Imagine the possible permutations. How many combinations of supplements and medical issues are possible? It boggles the mind. And not even one slight benefit from any one of these naturally occurring entities – regardless of what we are eating. The one exception is when a Physician diagnoses a deficiency based on the pooled data of all sick and well patients’ blood levels.  It almost seems impossible to believe.

Equally difficult to believe is the incredible effort that is out there to make people believe this. In social media it is hard to estimate how little of one’s mind is actually firing when we read article after article. What part of the brain that deals with reasoning and logic is getting numbed with this type of activity. Who knows? In any case there are many that take advantage of this and take an unsuspecting reader by the hand, down the garden path and have them walk away with an opinion that they normally wouldn’t.   The same authors, over and over again pen an “evidence based” look at supplements. These articles hand-pick studies, many of them well done, to pad their argument. They may claim that you are falling to the charlatans that are looking to grab your money for the promise that you will live longer. Is it not strange that we have list of people that are always are for or always against supplements? Beyond, rickets, scurvy and beriberi we should be ok. With the exception of B12, Iron, Folic acid, Calcium and maybe thiamin, we have found there isn’t much use in supplementing beyond the normal standard North American Diet (which we all know is stellar to say the least).  Our staggering increase in obesity rates suggest this way of eating has unhealthy issues.   Consistently this is done without even a small open window of the opposing side having any effect at all.

Don’t get me wrong. There are those who exist at the other end of the spectrum as well. The ultra gurus that give supplements a bad name by overselling any supplement to anyone that will buy one. Neither side is being truthful, or helpful to the overall health of the reader. Our scientific method has proven over hundreds of years to be a good system of separating chance from true cause and effect. Although not perfect, it works like a puzzle in that the more pieces we develop from well designed and executed studies, the better an overall picture we get. Some pieces frustrate us because they seem to go against previous pieces. We try to explain everything based on one piece, or a few recently found pieces. This only leads to frustration as we claim to be experts on the more recent studies that seem to completely discount anything earlier. Some find it hard to try and explain studies that don’t gel with their opinion. Rather than trying to explain how it is part of the whole picture, they discount it as a bad study. To further cloud the argument, there are statements of supplements that don’t have what they claim on the label, or contain ingredients that shouldn’t be in the supplement. There are issues of hospitalization, side effects and interactions with supplements – all true, but take away from the argument of the actual supplement doing what it is claimed to do.

Take for example the case of the supplement known as Omega-3. As of late the “unbiased” forum has been quite active in trying to deter anyone from trying it for whatever reason. Well written articles too. And they aren’t really lying for the most part. Well for the most part. Studies are out there that claim Omega 3 isn’t good for heart attack prevention, for cholesterol, but use painfully low levels of omega 3 and claim that omega 3 is useless when no effect is found. This effect is compounded when incorrect titles are put on the study and carried on in the media.

So, to even out the argument, the studies that didn’t exist in these one sided, unbiased, “stay away from your pharmacist trying to sell something they are recommending so it must be bad” stories include these:

Omega 3 and Child behavior/Spelling in school

Omega 3 and anticoagulant and anti arrhythmic

So keep in mind that if we knew all there was to know about just this one supplement, there wouldn’t be a need for any further studies on it and we would all be experts on it. The truth is somewhere in between those that claim supplements are the thing to replace all conventional medications and everyone needs them all , and those that claim supplements are completely useless. To claim that it is just iron, B12, Calcium, and folic acid are the only necessary supplements makes very little sense given the vast knowledge we have from years of scientific study. 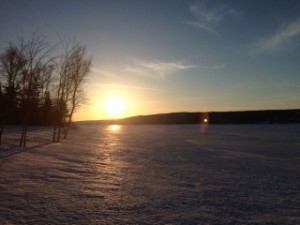 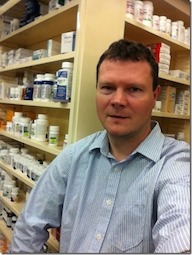