What causes “expensive urine”? Vitamins or the Prescription drugs that deplete them? 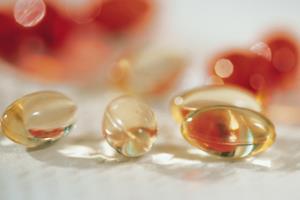 Perhaps one of the biggest blanket statements against the nutraceutical/supplement movement is the claim that “vitamin and mineral supplements do nothing more than cause expensive urine”.  This is a claim most of us have heard before and certainly for busy pharmacists, physicians and the public in general that may not have the time to fully research the topic, a claim that might be true.  After all, we can’t be experts on everything and it’s always easier to grab a catchy headline and adopt it as our “go to” statement and move on to the next topic that may come up in counselling.

Even as a pharmacist, keeping up to date on all pharmacy topics, changes in position statements, and heaven forbid – reading a readily available study or a number of studies on just one topic is a daunting task.  Our path is made simple for us when an “expert group” comes out with a statement on the best practice guideline for anything, even if there are flaws with the statement and how they mesh with current studies.  But who is it that makes these recommendations on supplements?  No one really.  Here is an area where self-education is key.

As a disclaimer, I am one that believes in the value of carefully selected supplements and that each individual deserves a review of what their needs are for individual supplements.  This was taught to me in my Pharmacy Degree in University and I have continued to follow up on it for over 20 years since then.  Claims that I am out for a quick buck have rolled off my back a long time ago and are as baseless as a claim that I am out for a quick buck because I sell prescription medication.

In the same University level I was introduced to the fact that many if not all prescription medications can deplete us of specific nutrients, a fact that is often lost on a busy pharmacist’s thought process when filling 200 prescriptions a shift.  After all, isn’t it more important that we make sure the prescription is paid for fully by the third party plan?  Or that we comb through a profile for interactions so we don’t end up harming the patient or on a national “news” program uncovering how we missed something and caused harm to the patient?  Or maybe we are so focused on counseling the patient to make sure our job is done to the letter.  Maybe we are preoccupied with a chocolate bunny getting stolen in aisle three?  Granted these uncover important parts of a pharmacist’s job but it is just as important to review with a patient and make them aware of long term effects of the medication they are taking.  This includes nutrient depletions from taking prescription medications.  It turns out some of the side effects of long term meds may be a result of these depletions.  Some may be weary of being accused of gouging a customer for extra money when they pick up their prescription when they suggest this but there is sound science to back you up.

As always it is important to get as many nutrients from food as possible in the diet.  Due to variations in end product vitamin and mineral content due to growing conditions, food processing, storage and cooking, the final intake of these nutrients is a variable that can make it difficult to get sufficient replenishment from food alone, particularly when a depleting agent is being administered concurrently.

Some documented examples of these depletions include:

1)  Recommendation of a probiotic in a patient on an antibiotic or several rounds of antibiotics.  I have seen diarrhea cured with the administration of a good quality probiotic.  Our health begins in the gut and probiotics are the first line of protection on the lining of this organ system.  Aside from this, antibiotics have a depleting effect on a long list of multivitamin ingredients and those that have taken several antibiotics over a few years may do well to supplement even short term to replenish these stocks.

2)   Oral contraceptives – how many of your patients are on these? Of these patients how is their diet?  Magnesium depletion that can lead to thrombosis, breast cancer protecting selenium that can be depleted, folate depletion leading to neural tube defects in newborns either in OC failure or when a woman comes off an OC,  B2 depletion that has been shown to cause headaches – a side effect we often see from OC’s, B6 depletion that can lead to decreased serotonin and altered mood in OC users, not to mention B12, vitamin C, E and zinc depletion are all shown to be significant in OC users.  http://www.europeanreview.org/wp/wp-content/uploads/1804-1813.pdf

3)  Statins – perhaps one of the most famous depletion in this group of drugs is the CoenzymeQ10.  This depletion was so recognized in early trials of the statins a patent was actually given for a combination statin and CoQ10 product, which was never used.  http://www.functionalmedicineuniversity.com/statin-CoQ10.pdf  Endothelial stabilization and a decrease in the inflammatory cascade are shown with higher levels of CoQ10 and this is precisely what elevated cholesterol levels cannot use in a plaque formation.

The presence of the muscle pain in statin use has also been tied in with CoQ10.  More studies would be helpful in completely putting this to rest as would vitamin D level depletion statins and muscle pain connection.

There are many other examples of nutrient depletion from medication use.  These include ACE inhibitors, Chemo drugs, anticonvulsants, NSAIDS, antidepressants, antipsychotics and many more.  A more complete list is included on our website to give a starting point for recommendations at http://www.stonespharmasave.com/drug_depletions.html

Pharmacy Sugary Drink Withdrawal and the New WHO Sugar Guidelines

In response to my decision to remove sugary drinks from my pharmacy in September of 2014, there seem to be the odd lingering claim that “…targeting the sale of one particular category is not going to have a significant impact [on obesity]”, and that “information – not restriction – is key.”

While we agree with the point that obesity is a complex, multifactorial problem, it is completely baseless, in fact hovering on outright deception, that extra calorie intake does not increase your weight. In 2013, the journal PLOS Medicine published a systematic review of systematic reviews, which are the most comprehensive forms of evidence that we have. This review by Bes-Rastrollo and colleagues found that 83% of reviews not funded by the beverage industry a relationship between sugar-sweetened beverage consumption and weight gain. On the other hand, 83% of the reviews that were funded by the industry found insufficient evidence to support a positive association between sugar-sweetened beverage consumption and weight gain or obesity.

Also keep in mind metabolic disease which has also been shown to increase with consumption of these drinks and is one of the main reasons we pharmacists see our customers (high blood pressure, increased cholesterol, increased abdominal obesity, and insulin resistance). For example, a 2010 meta analysis in the Journal of Diabetes Care of over 300,000 subjects found that those that consumed the most sugary drinks, one or two per day (pop, juice, vitamin water, iced tea and energy drinks) had a 26% greater chance of developing type 2 diabetes than those that drank none or 1 serving per month. They concluded that weight gain and metabolic syndrome correlates positively with consumption of these drinks. The New England Journal of Medicine published a study in 2011 which followed over 120,000 people and concluded that one 12 ounce sugary beverage serving a day increased their weight more than those that did not consume this beverage. Finally, a 2012 study in Circulation followed 40,000 men and found a 20% higher chance of having a heart attack or dying from a heart attack when one can of sugary beverage per day was consumed compared to men that didn’t. This was verified by a second study.

Calorie consumption from all sugary beverages combined has continued to climb each decade, especially among children and teens. By coincidence, today, the World Health Organization is changing its recommendation for daily total consumption of sugar to 6-12 teaspoons daily. This would be exceeded by consuming even one can of soda. Finally, we are seeing revised recommendations on sugar that follows science. The new recommendation now recommends free sugars being as low as 5% of total calories, meaning a serving of orange juice is off limits – imagine, a recommendation that pushes you to eat the fruit instead of drinking the juice. Brilliant! There is now a separation of total sugars and free sugars. The total sugar concept meant you could gobble up your calories with juice and pop, but now it’s considered free sugar.

The withdrawal of sugary beverages from Stone’s Pharmasave in Baddeck was not meant to “ban” pop sales, and I certainly do not expect to see a drastic change in obesity levels in my town as a result of my decision. I made this decision to help educate my customers on the effects of sugary drinks. I therefore agree that education is an important component of healthy eating. However, in keeping with recommendations from world experts in obesity research (see the 2015 Lancet Obesity Series), I am also aiming to move beyond education by starting to create an environment in my store that is supportive of healthy food choices. As a pharmacist, I know I shouldn’t sell tobacco, no matter what the industry claims. I don’t feel I should sell sugary beverages, either.